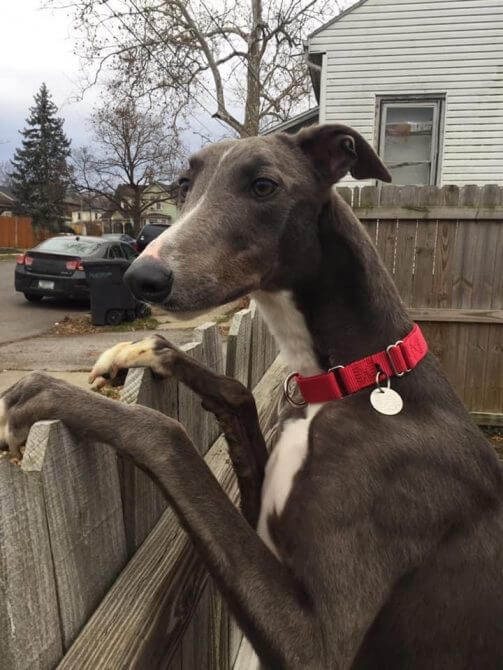 Blue is a lurcher that is shy at first, but a cuddler once he gets to know you.  He is sweet and very playful.  He does get protective and scared when there are unknown people in his area.  He would not do well in an apartment, and he would prefer a backyard that does not have a view of the sidewalk as he will bark at strangers that are approaching his area.  He enjoys running around the yard, playing with squeaky toys, and chewing on his cow hoof.  He is good with other dogs, especially when they chase each other around the yard.  He would probably be fine as an only pet as long as his family plays with him.  He has not been cat tested.  He does not currently live with children.  He can be nervous and skittish around unfamiliar moving objects.  He warms up more quickly to women than men.

There are no upcoming events at this time.