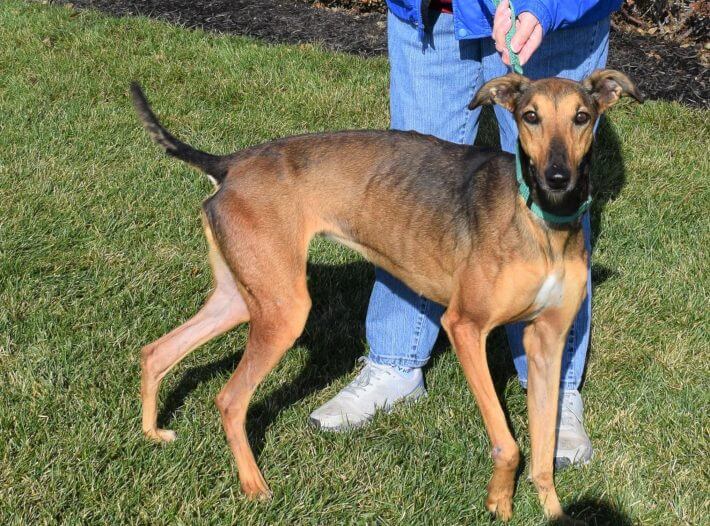 Savannah is a five year old lurcher weighing 50 lbs. Savannah is sweet and gets along well with people and dogs. Savannah would be happy as an only dog, or would settle nicely in a pack. Sometimes she is a bit too playful with the other foster mates and has to be corrected. Savannah loves running zoomies in the house and empties her toy bin several times a day. She is going well in her crate and occasionally has to be corrected when she gets vocal. Despite being very playful she still spends a lot of time napping. Savannah is not cat safe. She has been around several small dogs, and while showing excitement, has not been aggressive. We recommend caution if introducing to small dogs as her excitement to greet can be overwhelming to them.