Why I Foster by Stephanie Jones 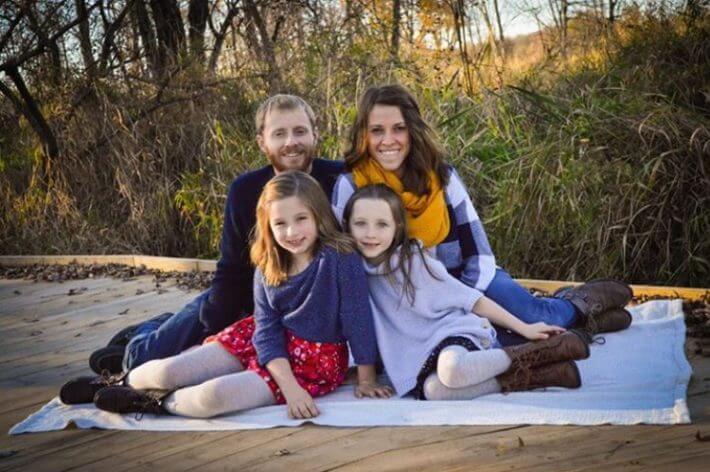 My husband has always wanted a greyhound. From the time I met him, he talked non stop about rescuing one. I really did not have an interest in greyhounds. I thought, “They’re sort of strange looking. Tiny heads, big eyes, giant chests, rat-like tails. I just don’t know.” I knew they raced, I knew there was controversy over racing, but I didn’t know enough to form an opinion on racing.
My husband filled out an app shortly after we met, in 2012. It didn’t really go anywhere. He got a few calls back, but he had a 3 and 4 year old. He wasn’t in the right place to adopt.
Fast forward to the summer of 2015.
Zac regularly checked back at American Greyhound’s website over the years. Our Doberman was getting older and we thought it was the right time to look into another dog. Zac found a greyhound on AG’s site. His name was Rynowick. We had spoke with Rynowick’s foster mom. She suggested we reach out to our adoption coordinator, because he might not be the best match for our family.

I think that is when our lives changed.

The adoption coordinator suggested a dog named John. She had explained the he had been in foster care for quite some time. They were finding it hard to place John. We spoke with John’s foster parents and decided his personality was perfect for our family.
We were supposed to meet John at a Petco event, but his foster parents suggested that we meet at their house, because he got (still does get) nervous at events.
We met John at their house. We instantly loved him. John’s personality was unique. He was smart, goofy, playful, and above all he was super loving. You could look into his eyes and feel what he was feeling. To this day, John follows us everywhere.
The soul of a greyhound is truly unique. Their personalities are one of a kind. They feel what you’re feeling. I believe the life they had before plays a huge role into how grateful and happy they are as a companion animal.

When American Greyhound sent out an email about fostering, Zac suggested we help out.

We foster failed with our third foster, Penelope. She came from a breeding farm and was retired at the age of eight. She was weak, skinny and very sick. We found out that Penelope had heartworm disease. I was devastated. I wasn’t sure if our rescue would pay for all of the treatment she was going to need.
I remember immediately texting Barb, from American Greyhound, and telling her, “We will adopt her! We will pay for her to go through treatment.“ Barb reassured me that the rescue would pay for Penelope’s treatments. They would do everything that they could to save her life. We adopted her 3 months later.
Today, she is nine years old and aside from the graying of her muzzle, you would never know. It was after Penelope, I decided to get more involved in this organization and in fostering.

There are many dogs like Penelope out there, and we need to help save them.

We’ve had quite a few fosters over the years’ some longer than others. The dogs who left the biggest impact on my life, aside from Penelope, were Donna and Jaeger. Both for similar reasons. They both were so untrusting of humans, it was heartbreaking.
Donna, however, took it to another level. The level of fear she had for humans, literally brought me to tears. She evolved into one of the sweetest, most kind-hearted dogs who loved the outdoors and exploring new things.
Jaeger was shy. He never wanted to hurt you, or any of the other dogs. He was so gentle and cautious. He stayed back and never really sought attention. I don’t think he really understood where he was, and I also think he was very scared. His evolution was another that moved me.

These dogs have so much soul. Once you’ve experienced them, you love them.

Apply to Foster for American Greyhound today. Make a difference in a greyhound’s life.